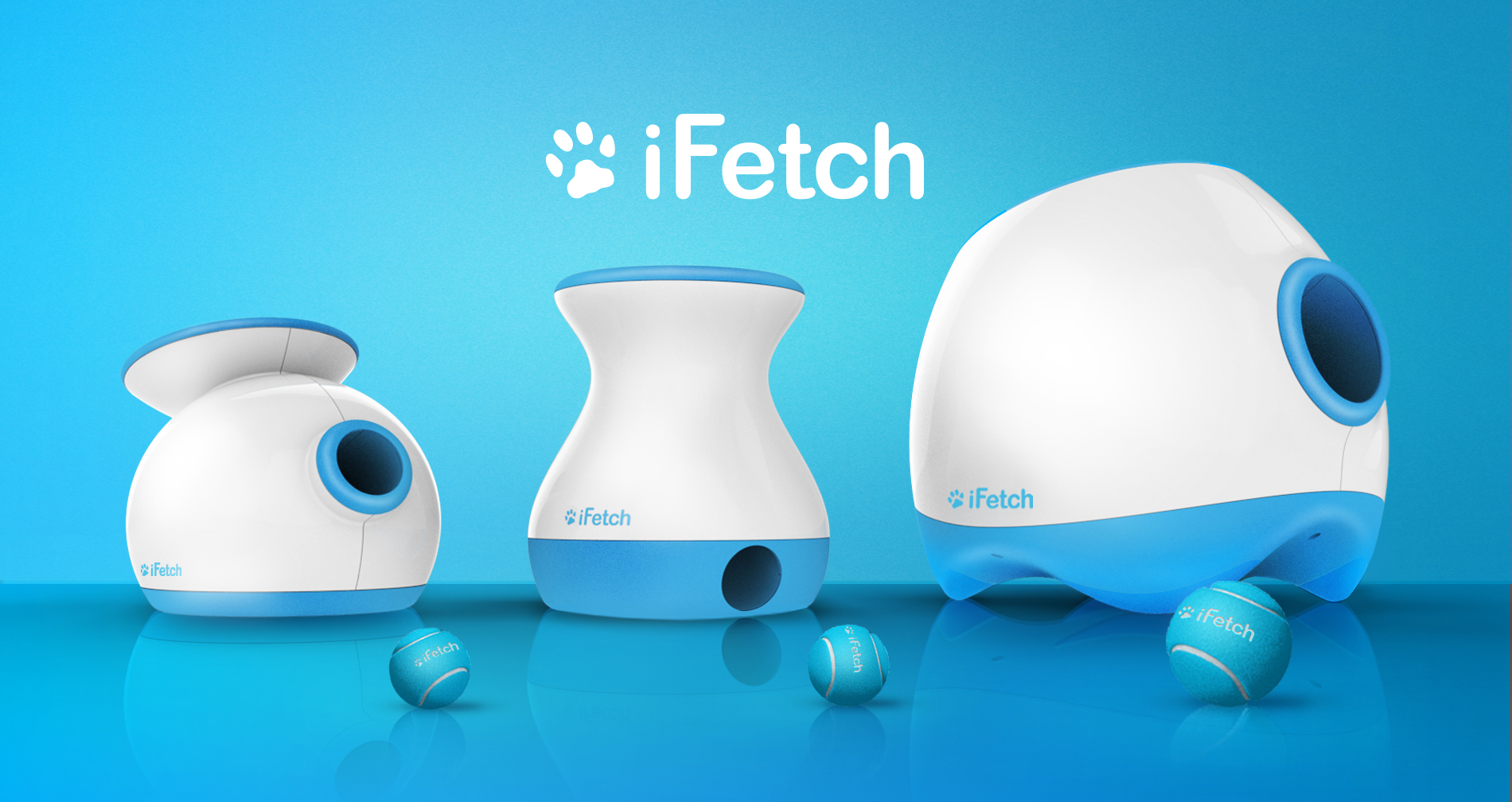 With products for dogs both big and small, the iFetch line provides your energetic pooch hours of self-driven entertainment. No more handling slobbery balls or trying to outlast the energy of your furry friend; dogs can learn to operate iFetch toys all by themselves.

The original iFetch dog ball thrower raised 441% of its funding goal in its Kickstarter launch, and went on to win several awards at trade shows, such as “Best New Product” and “Best in Show” at SuperZoo. As the company behind iFetch has grown, our team has maintained a close partnership, developing product concepts, design language, branding, and packaging for a range of products and experiences. 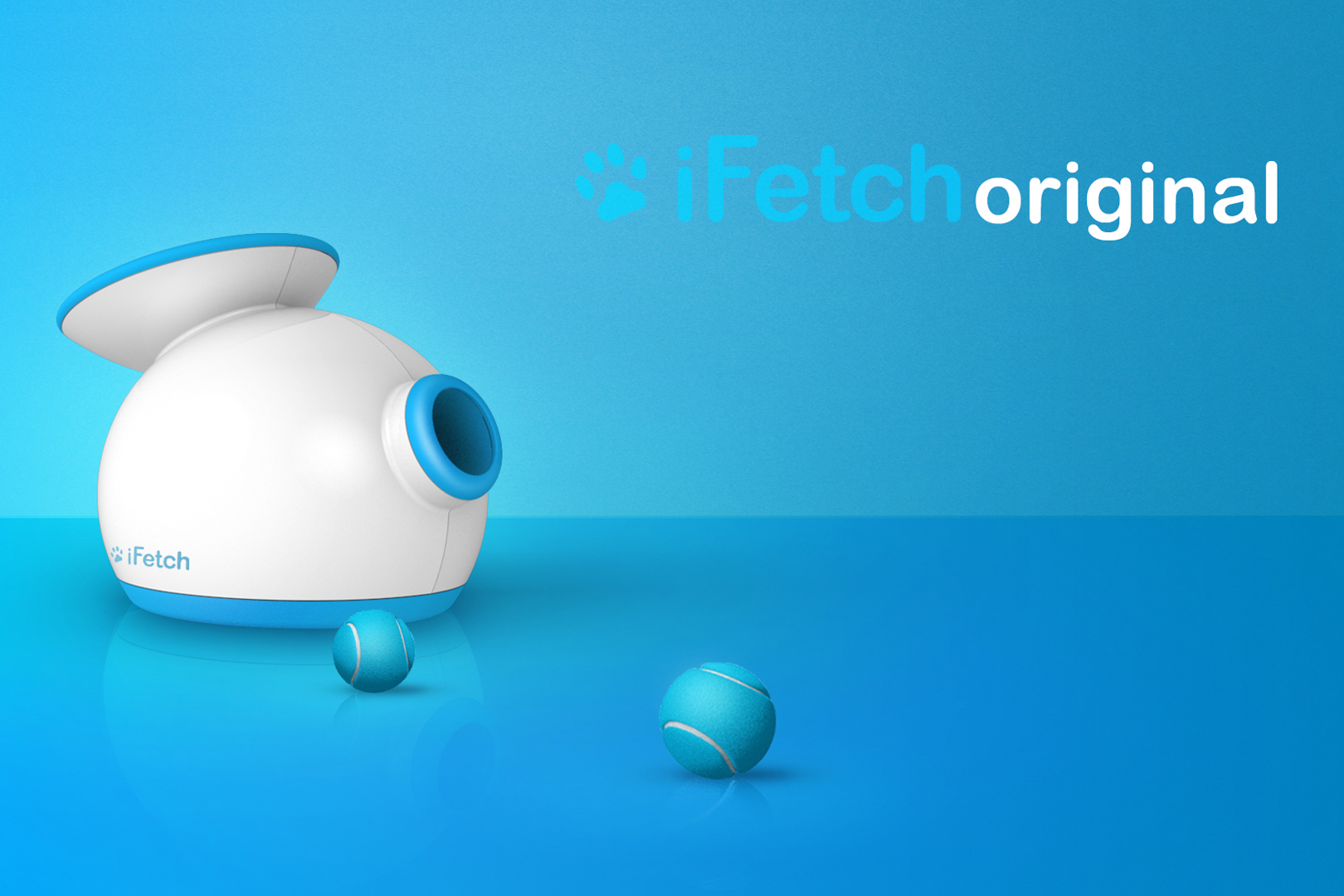 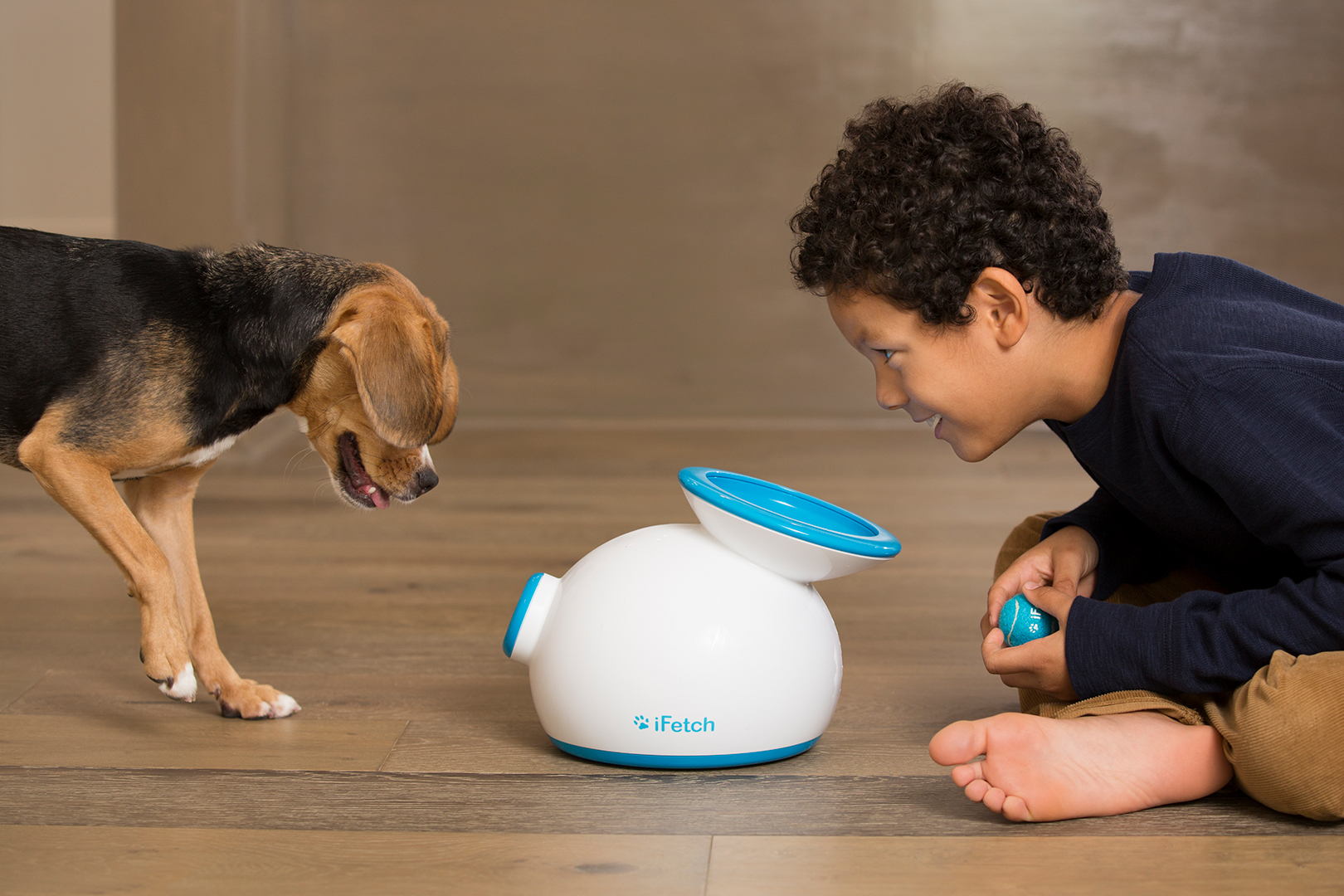 The development of the original iFetch toy started in 2012 with Denny and Grant Hamill, a grandfather-grandson entrepreneurial team. The Hamills came to us for help in turning their idea into a reality.

Our team worked with the Hamill family to create a refined product design based on their concept: a ball thrower dogs can activate themselves. An extensive concept design phase explored a range of physical forms, component layouts, and feature sets, resulting in a design that was compact, intuitive, and expressive. With a functional prototype in hand the Hamill family looked to a then relatively new capital generation method, Kickstarter, and launched a campaign that quickly surpassed their funding goal.

The One That Started It All

The top “bowl” where the dog drops the ball and the “spout” where it shoots out create a visual explanation of functionality while simultaneously giving the iFetch its iconic look. It’s cute, fun, and approachable.

The design of the iFetch centers around functionality and playfulness. We wanted to create something that was not only visually intuitive, but also a product with character that fits well in a home with pets and active toys. 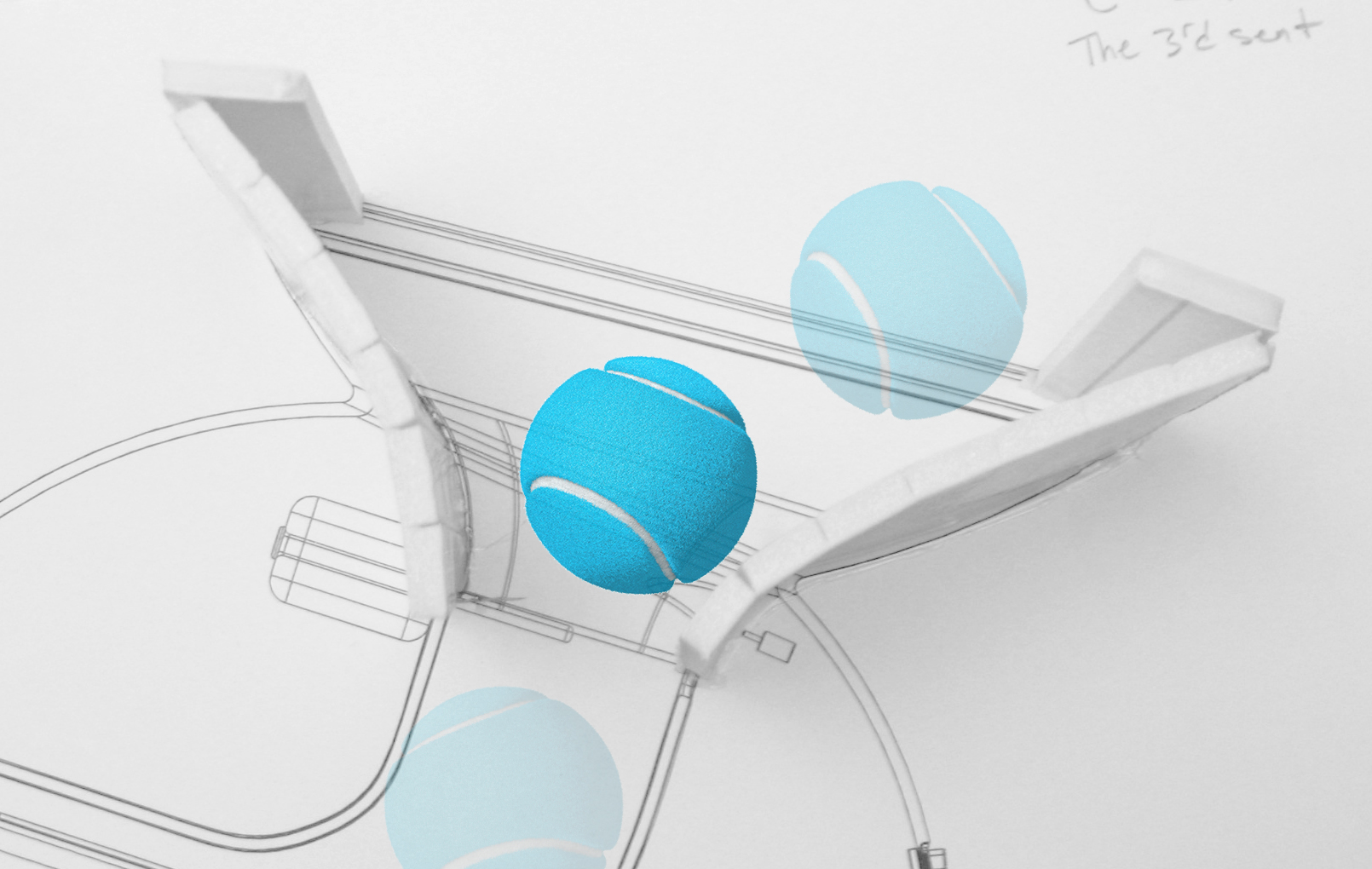 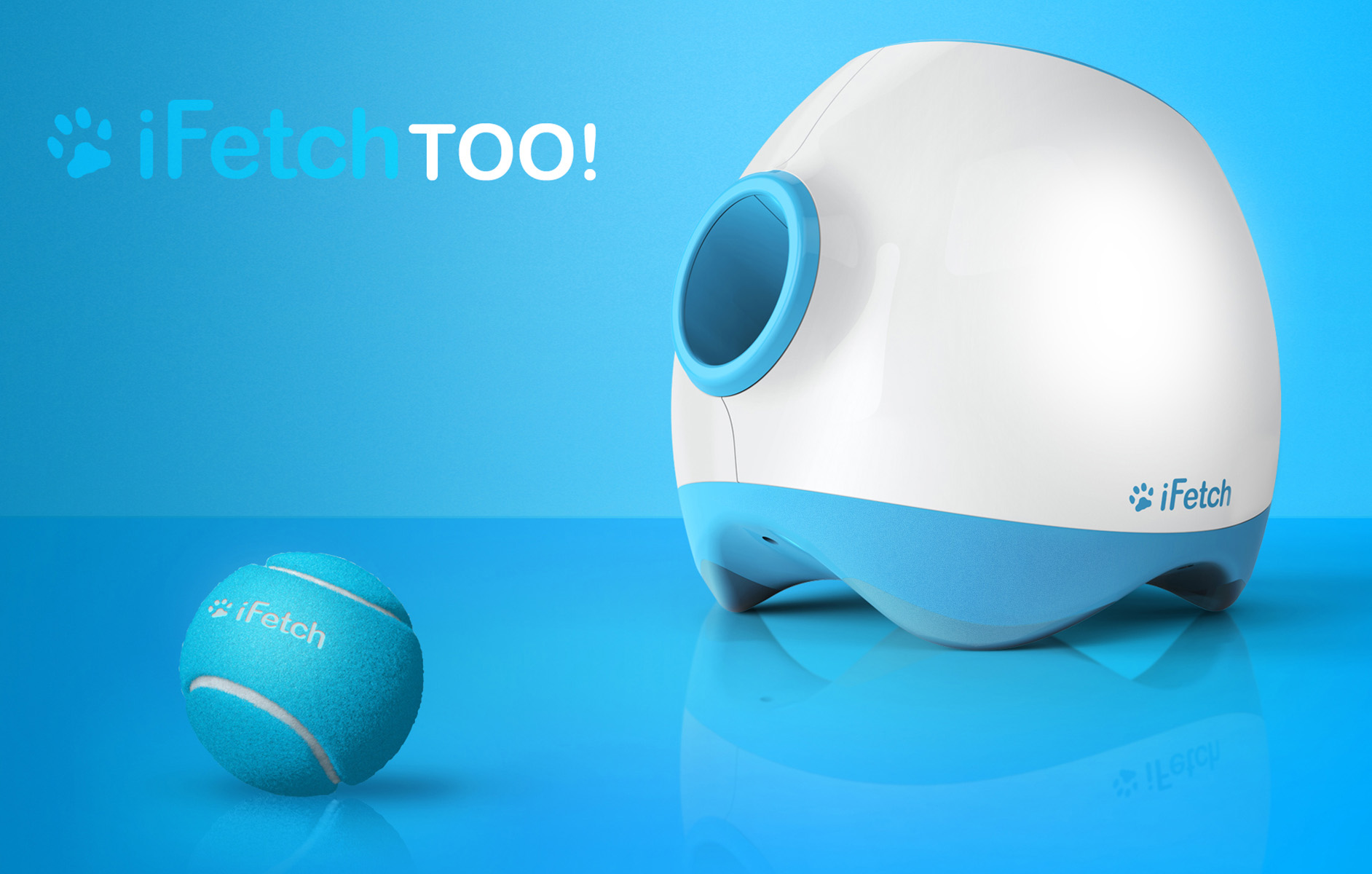 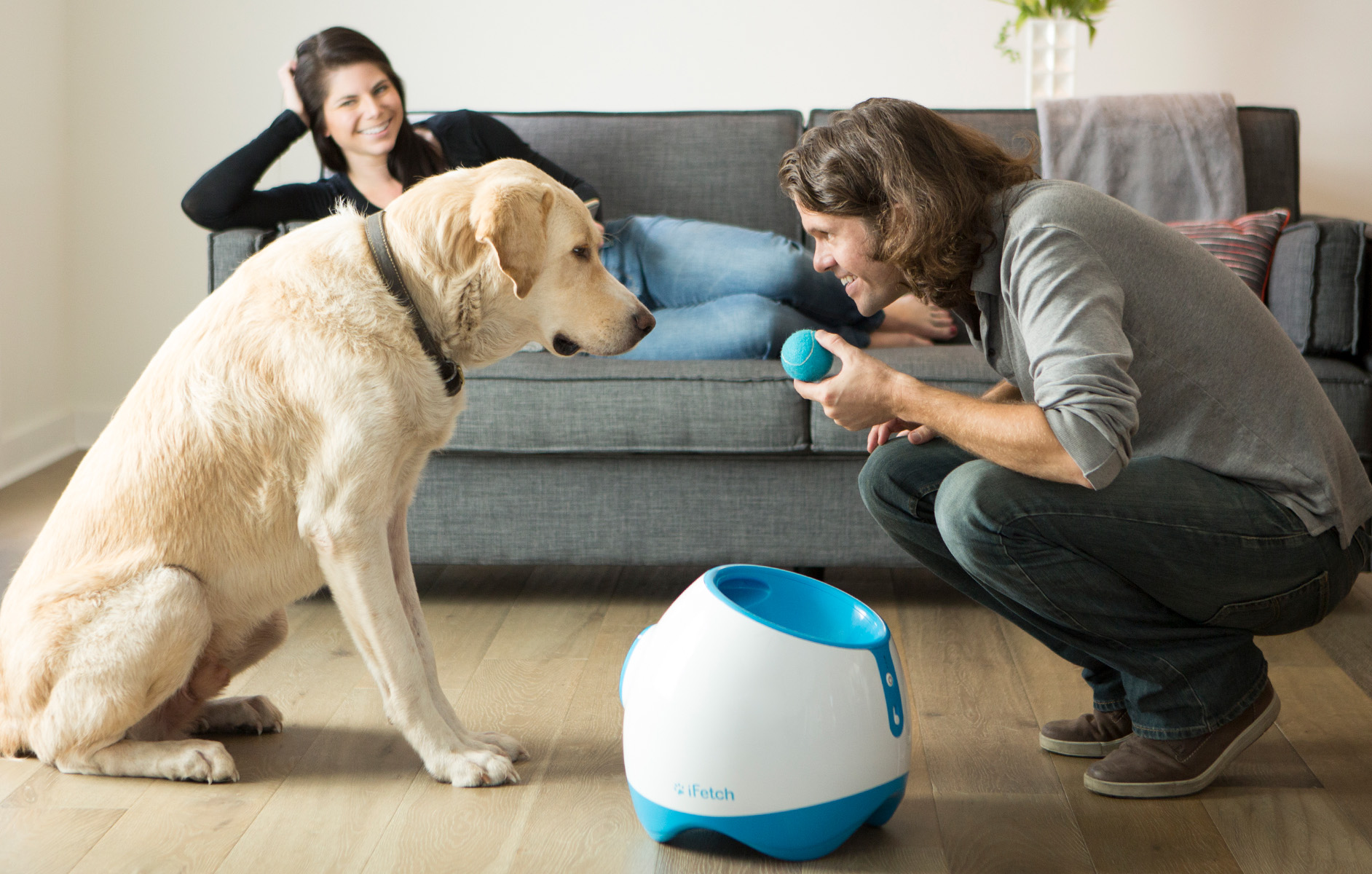 Following the success of the original iFetch, the Hamills wanted to bring the same experience to larger dogs and their owners. In 2015 we reassembled the team and developed the iFetch Too!, a larger version of the iFetch that throws full-size tennis balls fast and far enough to get a large dog sprinting. We ruggedized the iFetch Too! and added a carrying handle along with an internal battery, making it perfect for the back yard or park.

Prototype testing showed us that a launch angle of 35° results in the greatest ball launch distance. We added multiple launch distances of 10, 25, or 40 feet, by varying the speed of the unit’s motor. The user can set the iFetch Too! to those distances, or make playtime even more exciting with a fourth setting to launch the ball a random distance.

The iFetch Too! was also introduced through a Kickstarter campaign, leveraging the passionate community that had grown around the original iFetch. The campaign was a solid success, raising over $100,000. 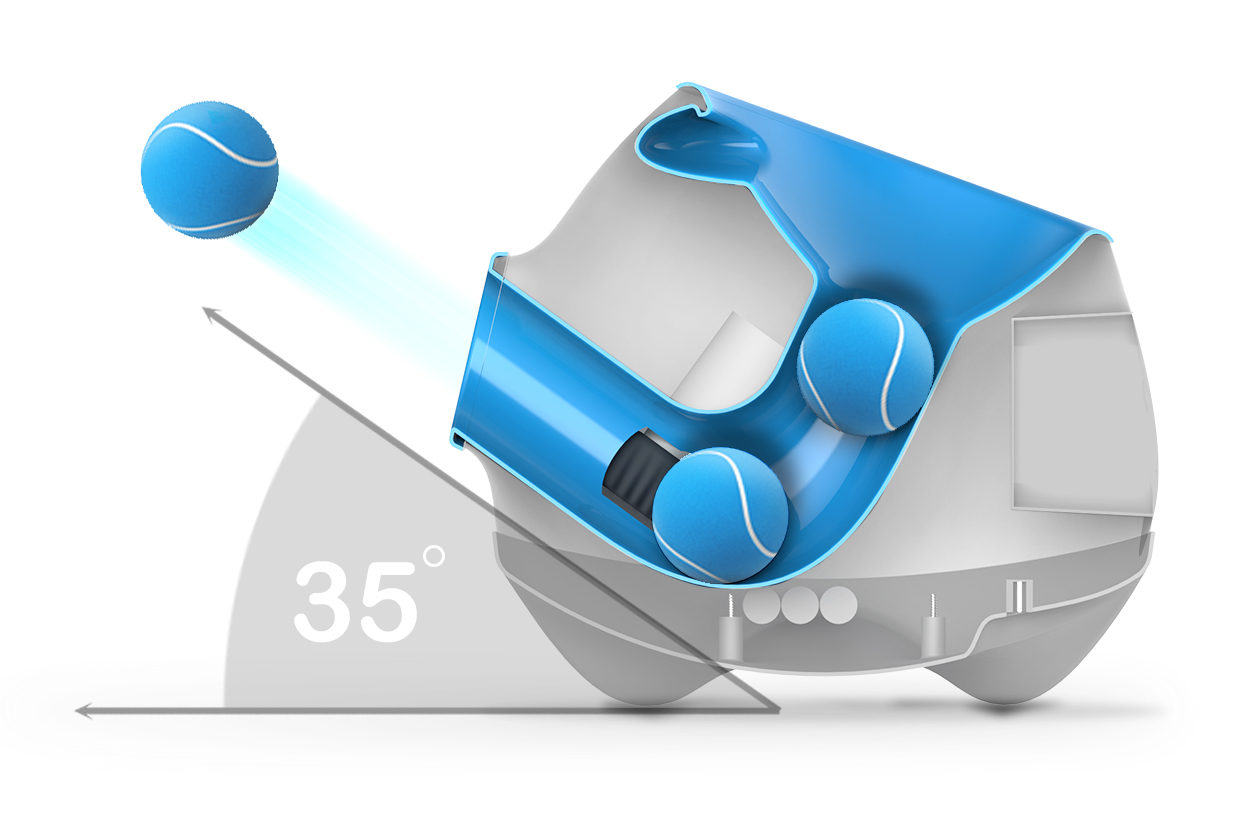 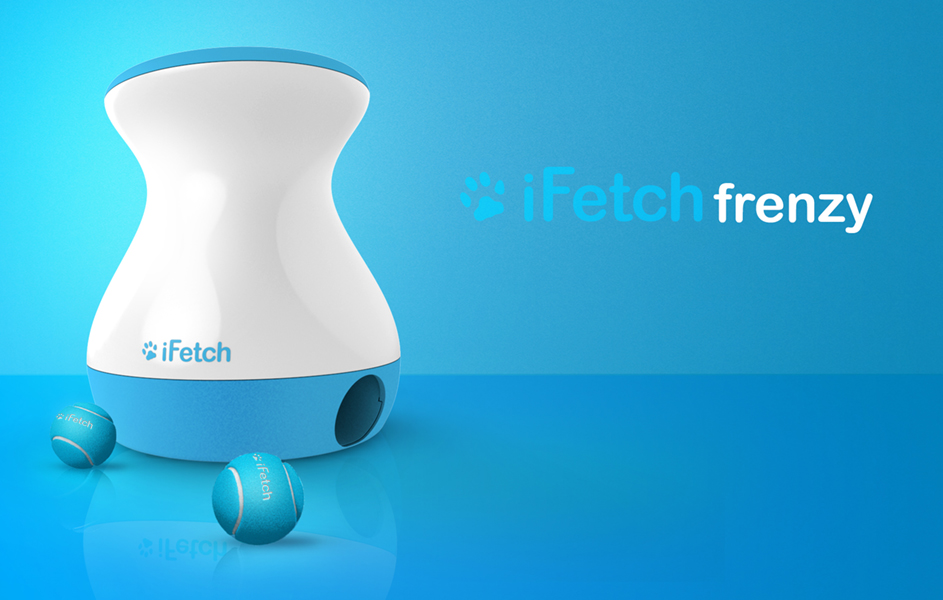 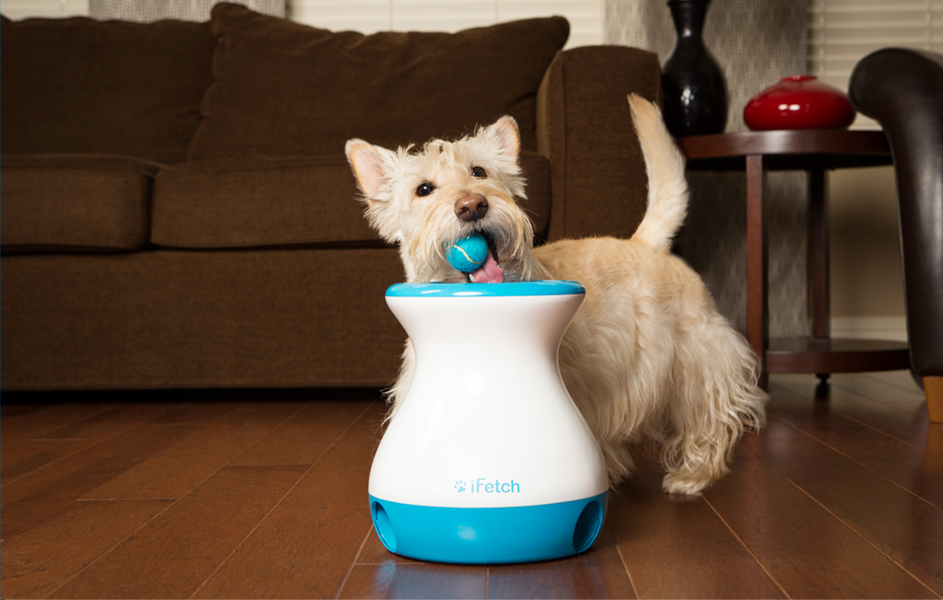 For the next product in the iFetch family the Hamills wanted to deliver an iFetch experience at a lower price-point. Our team explored several design concepts in an ideation process that culminated with the iFetch Frenzy, a low-tech product that still provides surprise and excitement. Frenzy is an un-powered launcher that uses gravity and a clever internal structure to propel a small tennis ball in one of three random directions. Like it’s powered siblings, playtime with Frenzy is dog-driven and creates the perfect rewarding loop of anticipation and chase.

Frenzy uses no motors or batteries, and instead uses gravity to shoot the ball across the floor. The top of Frenzy has a single hole that splits into three chutes that exit on each side of the base. The shape of these chutes ensures that the ball has an equal chance of falling in each direction, and the height of the unit gives the ball room to accelerate down the parabolic ramp, and out one of the three exits. 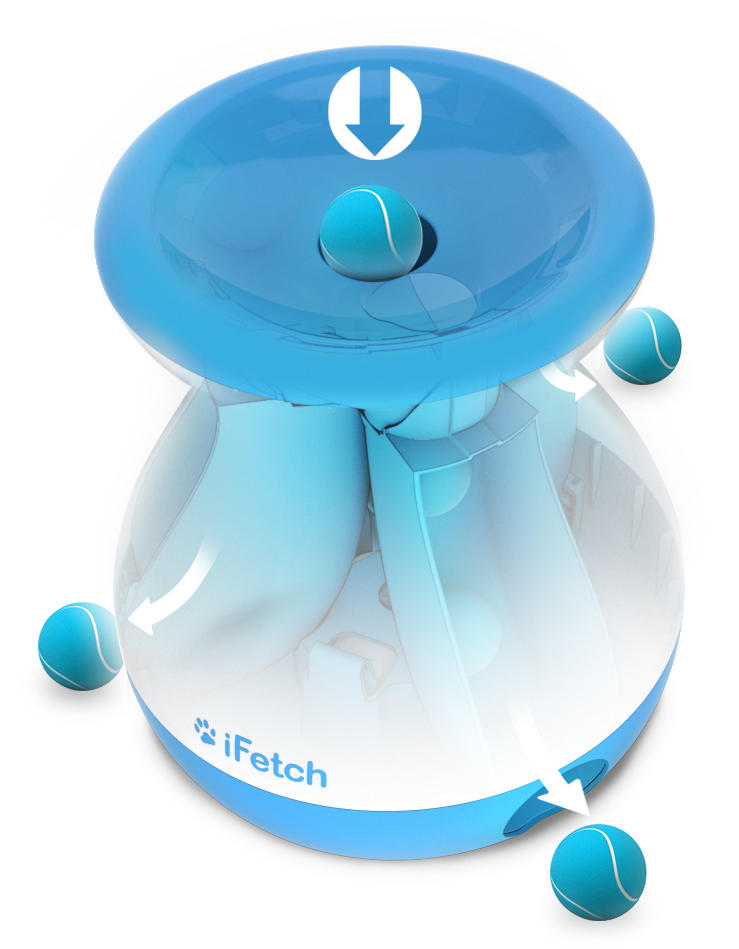 Our branding approach for iFetch celebrates the playful experiences the products create for dogs and humans. A high-energy blue is used selectively on predominantly clean, white surfaces, reflecting the pure and playful character of the products.

While iFetch started online with Kickstarter direct-to-customer sales, they quickly moved to retail shelves. Our retail packaging solutions for this space focus on clearly communicating product value and unique functionality through bold graphics and impactful photography. Extra ball packages feature an open window to let customers feel the material quality without needing to unpack the product. 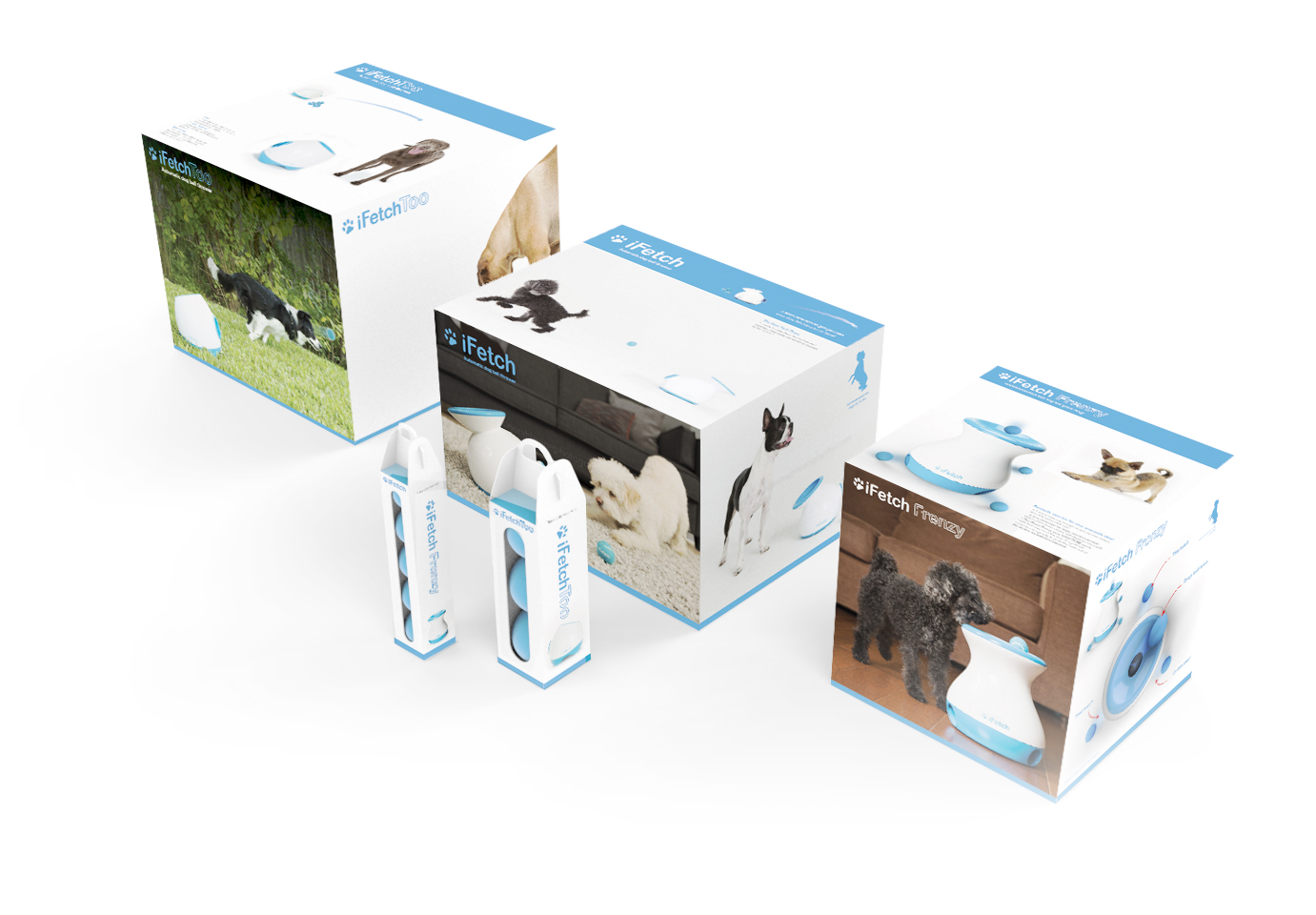